July Fourth is just a couple of  days away and I always get a few questions about the best way to photograph firework displays. Here are my Top 10 Tips for capturing the color, drama, and the spectacle celebrating our nation’s independence.

1. Do Some Recon
You’ll need to know in advance where the launch site is located and the best shooting location to include some interesting foreground elements that will provide scale and setting.  I like to include the western sky when possible since most shows start shortly after twilight. The long exposure required for the pyrotechnics allows some of the last remaining color in the sky to register on the sensor. Arrive early and claim to claim your spot…

2. Use a Tripod
You’ll need to secure your camera to eliminate any movement since photographing fireworks at night requires long exposures. I usually start around 2 seconds and vary the shutter speed throughout the evening for different visual effects.

3. Use a Remote Release
When using a tripod,  you should always use a remote release. This eliminates vibration and enables you to time your exposure for the peak moment of the mortar bursts. It will also be necessary if you decide to shoot in “Bulb” mode.

4. Compose the Image
Start shooting horizontal and with a wide-angle lens to capture landscape versions that include the foreground and the last remaining light in the west. Switch to vertical and capture the entire launch from ground to sky. In both cases remember to keep the horizon level. Finally, switch to telephoto and fill the frame with the aerial burst.

5. Pre-focus Your Lenses
After setting up, use the last remaining daylight to prefocus on the launch site. Prefocus each lens you’ll be using during the show and then turn the Auto-Focus off. Tape down the focusing collar with gaffers tape or blue painters tape to prevent it the lens from slipping out of focus. Once the show starts, it will be very difficult to focus the lens and you may waste precious time trying to get sharp images.

6. Nail Down the Exposure
10 seconds @ f/11 ISO 100   Manual mode
OK, that just a starting point, but you MUST shoot in Manual mode and set the exposure yourself. I like to use a longer shutter speed to record the light trails and then change the f/stop to adjust the brightness and maintain the color. Lock down the ISO and aperture and change the shutter speed to change the look of the fireworks bursts. Long exposures create trails, short exposures stop the movement and freeze the elements in mid air.

7. Shoot In “Bulb” Mode
Sometimes I shoot in “Bulb” mode to get very long light trails. Press the remote release button as soon as you hear or see the mortar shooting into the sky and leave it open until the burst dissipates. This will usually take several seconds and the resulting light trails are very dramatic. Since the aperture is actually controlling the exposure, you can still record vibrant colors of the burst.  To record multiple bursts during a single long exposure, cover the lens between launches. It takes a bit of practice and a little luck, but the results can be spectacular.

8. Shoot Early
Be prepared to start shooting at the very first boom.  Most pyrotechnicians set off a “salute” mortar to gauge the wind direction and to signal the crowd that the show is about to begin. This will be your cue to drop the beer and brats and grab the remote release. With some luck, the wind will be blowing away from you. If not, start shooting early because the smoke from the first few mortars will render subsequent images quite hazy.

9. Shoot Often
Shoot as many photos as you can.  Don’t spend a lot of time “chimping” (Bing it…) but periodically check your photos for exposure, composition, and sharpness. Just don’t overdo it and miss a great shot.

After you have photographed a few keepers, change it up a bit…

This site uses Akismet to reduce spam. Learn how your comment data is processed. 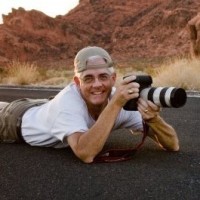 Destination photography workshops around the US with professional photographer Jeffrey M. Greene